7 hole karst cave, Devetashka cave, was inhabited during the Stone Age. But afterwards it was forgotten. In 1921 it was rediscovered with many cultural artifacts left from our ancestors. But after this, in 50s it was used as warehouse for petroleum. Only later people realized it's geological and historical significance and just beauty. 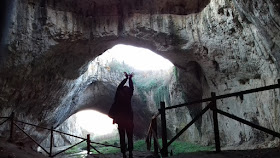 Now this place is home for about 30'0000 bats. Well, all I saw was pigeons flying in and out of small holes. 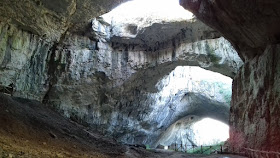 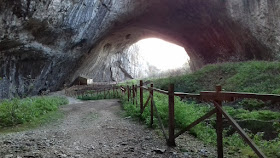 When I arrived in Lovech I almost didn't go to Devatashka cave. After I asked some old people at the Lovech bus stop on which way is the cave and if there is a bus going in that direction they were really worried about me going there alone and tried to discourage me from going there. Firstly and most obviously because it is dangerous, and secondly- there are no buses going back from the cave... or almost none.
At the end I went by the same mini bus in which also concerned ladies got in. Passengers were so nice to let me know that in fact there is actually one and the only bus going back, past the cave, to Lovech at 5.pm. So I spend about 3 hours inside and outside the cave. Before the cave I had to pay for entrance 2 leva (actually 3, but I bargained). I was the only human being in the cave. Even though it was quite cool inside, after admiring the natures extraordinary creation, I just sat there, ate some sandwiches, made couple of pictures and just listened to the bird sounds.
Time to time I had feeling I am not the only one human in the cave... Sometimes I felt I heard some distant women voices from the upper holes where the pigeons were living in... 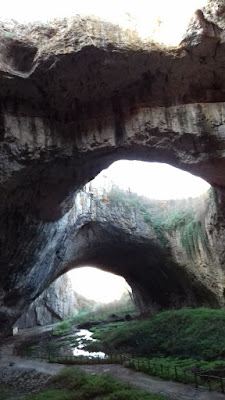 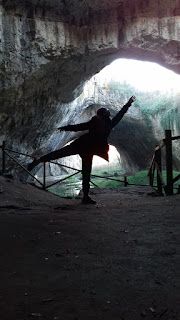 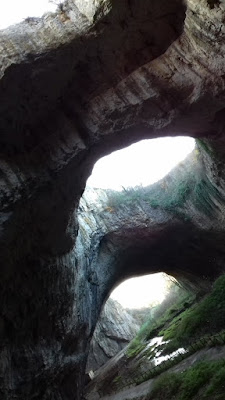 One more fact- these caves were used in the action movie The Expendables 2. Unfortunately many bats died after this event, because they are very vulnerable to noises. 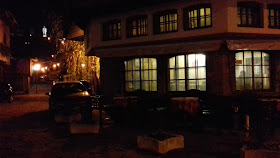 Safe and sound, but without my dear mittens /forgot them in the bus :(/, I got back to Lovech and there I met my host, Lithuanian volunteer, Justina, who guided me through the old part of the town. 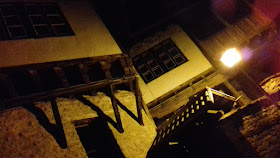 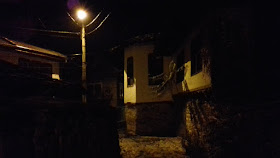 Old style traditional houses looked so romantic in the light of laterns. :) 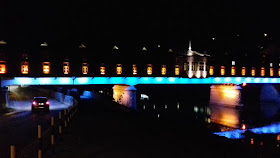 The only Covered bridge (Покрит мост) in the Balkans. Inside there are many small souvenir shops and cafes. 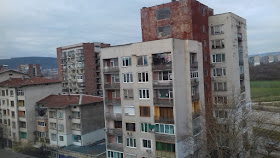 But mostly Lovech consists of this kind of apartment buildings.
Hugs to my new neighbor country friend Justina! Was nice to meet another person feeling the same way about rye bread in Bulgaria as me. :( :D :)
Bijakmens